1.5 Million Homeowners Could Re-Enter Housing Market in Next Three Years

More than 1.5 million home buyers negatively impacted by the financial crisis could potentially re-enter the mortgage market in the next three years, according to a new study from TransUnion. This population of consumers negatively impacted by the financial crisis – commonly known as boomerang buyers – was defined by TransUnion as being 60+ days delinquent on a mortgage loan, having lost a mortgage through foreclosure, short sale or other non-satisfactory closure, or having a mortgage loan modification. TransUnion’s study found that approximately 700,000 boomerang buyers may be able to re-enter the housing market in 2015. Over the next five years, TransUnion anticipates 2.2 million boomerang buyers could re-enter the market. The study analyzed the overall U.S. credit-active population at the end of 2006 (the end of the mortgage Bubble), the end of 2009 (the end of the Burst) and in 2014 to determine consumers’ ability to re-enter the mortgage market. “Based on our study findings, the Burst had a significant and dramatic impact on many consumers’ ability to re-enter the mortgage market after suffering through the downturn,” says Joe Mellman, vice president and head of TransUnion’s mortgage group. “It’s been over seven years since the beginning of the mortgage crisis; this is significant because many derogatory items, such as foreclosures and short sales can prevent consumers from qualifying for a new mortgage for a period of time. The timing of that challenge can vary: for example, four years must pass after a short sale and seven years must pass after a foreclosure. As consumers responsibly manage their credit and pass these milestones, we anticipate a tide of newly mortgage-eligible consumers entering the market.” TransUnion analyzed, on a depersonalized basis, every consumer it could longitudinally track between 2006 and 2014, which came to 180 million consumers. During the mortgage Bubble in 2006, 43 percent of that population, or 78 million consumers, had a mortgage. Approximately 8 percent of these consumers had a negative impact on their mortgage – 60+ days delinquent, foreclosure, etc. – between the Bubble and Burst. TransUnion analyzed this impacted population of 7 million consumers to determine how many consumers had recovered to meet agency credit underwriting guidelines by the close of 2014. The study found that only 18 percent of consumers impacted had recovered by December 2014. However, the study found that 2.2 million of the remaining 5.7 million unrecovered consumers could meet agency underwriting guidelines over the next five years. According to TransUnion’s study, 42 percent of the recovered consumers currently have a mortgage, while 58 percent of the recovered consumers have not yet re-entered the mortgage market. “As boomerang buyers who experienced foreclosures or other negative impacts become eligible to re-enter the mortgage market, they may not immediately do so if they are not aware they are eligible again, or feel daunted by their prior experience,” Mellman says. “Lenders can help consumers ease this transition with credit education programs addressing consumer eligibility, and help them better understand their borrowing options.” Credit Score Impact The study also looked at how big of an impact the mortgage crisis had on consumer credit scores. Between the Bubble and the Burst, 39 million consumers dropped at least one credit score tier. As of 2014, 16 million of these consumers had recovered sufficiently to reach at least the risk tier they were in before the Burst. Despite the significant impact on consumer credit scores, a marked improvement in scores has also been observed for certain credit score risk tiers. The study found that 7 million more consumers have moved into prime or better risk categories (VantageScore® 3.0 credit score of 661 and above) between the Burst in 2009 and the close of 2014. Additionally, 8 million consumers left the subprime risk tier (VantageScore® 3.0 credit score of 600 or below) to enter higher risk tiers during the same timeframe. “An important question lenders face is when to re-engage with consumers who have been challenged managing credit in the past. Despite the negative impact of the mortgage crisis on many consumers, we’re seeing promising recovery as consumers shift to lower risk tiers,” says Ezra Becker, vice president of research and consulting in TransUnion’s financial services business unit. “The pronounced decline in the number of subprime consumers indicates that time has diminished the impact of Burst-era derogatory items on consumer credit. While some lenders may be hesitant to offer loans to these impacted consumers, our data show these consumers are becoming better credit risks. Our study puts a framework around the re-engagement question relative to the mortgage crisis, and that’s good news for both lenders and consumers alike.” Original Article from RIS Media Ken Keegan Real Estate Broker

Posted by Joey Milam at 9:22 AM No comments: 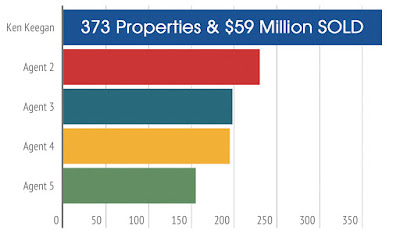 It’s official!
Southport pulled off a surprise victory Tuesday, beating out nine other coastal cities and towns in a day-long test of survival to be named “America’s Happiest Seaside Town.”
The annual contest, organized by editors of Coastal Living magazine, first announced to the city that it had been named a finalist in February.
Starting at 7 a.m. Tuesday, as each finalist town was counted down from 10 to one hour-by-hour on the magazine‘s website, Southport continued to survive and advance.
The announcement made at 3 p.m. prompted celebration among staff and volunteers at Fort Johnston’s Garrison House, home of the city’s museum, visitors center and tourism department.
“I’m in shock! I’m completely in shock!” department director Cindy Brochure exclaimed. “We brought it home, not only for Southport, but for the State of North Carolina, and this year for both Carolinas.”
From several different standpoints, the news is huge for the city as a major tourism draw, one of its largest industries.
“This is massive,” Brochure added. “I felt like we were on ‘Survivor’ all day long.”
Assistant tourism director Joni Schinske was busy cutting up signs promoting the contest, and the online voting that helped to propel it, making a new banner: “America’s Happiest Seaside Town.”
Southport beat out two Florida towns—Venice and Delray Beach which finished second and third—to capture the award. Other finalists were: Corona del Mar, California; Wellfleet, Massachusetts; Monterrey, California; Narragansett, Rhode Island; Ocean Springs, Mississippi; Portsmouth, New Hampshire; Tybee Island, Georgia.
Southport’s victory is a good old-fashioned underdog story, for each one of its nine competitors boasted a population larger than the just-over-3,000 people who reside here. For example, Delray Beach’s population exceeds 60,000.
Through Brochure and Schinske, the city worked to promote the campaign—on land through banners, flyers and word-of-mouth—and online through social media and a Youtube video produced in February.
Marketing executives told Brochure that Coastal Living was impressed with the department’s efforts, including the “If You Are Happy and You Know It” Youtube video, and a tweet-and-eat pizza party for teenagers held at the fire station.
A impromptu reception was held Tuesday evening at American Fish Co. in the Yacht Basin to celebrate the victory.
What they said
Here’s what Coastal Living magazine had to say about its award-winner after posting the news on its website Tuesday afternoon:
“Putting proof to the dictum that ‘small is beautiful,’ this tiny (2.2-square-mile) harbor town at the outlet of the Cape Fear River with only 3,060 residents wins big on Southern beauty and charm. Everyone’s your neighbor here, and most of the town’s residents walk, bike or drive golf carts down Southport’s oak-tree-lined streets to enjoy a morning coffee at Port City Java, browse antique shops and galleries, and head to the waterfront for a table—and delicious fish tacos—on the pier of Fishy Fishy Café.
“One stroll through town (and perhaps a stop at Bull Frog Corner, with its barrels of penny candy) makes it easy to see why Southport has long been sought-after as a film location. Bright white cottages with red roofs, stately sea captains’ homes, two lighthouses, and water in seemingly every direction (what with the confluence of the river and the Intracoastal Waterway) create vistas at every bend in the road. It’s a vintage postcard sent from a halcyon past.
“In addition to the town’s harbor-front pleasures—the jaw-dropping views of massive container ships navigating toward the ocean from inland Wilmington, plus a narrow strand of sand along the water—Southport is also a quick ferry-boat ride out to Bald Head Island, boasting one of North Carolina’s most stunning beaches. Finally, there’s nothing small about the Independence Day party here: Southport swells with revelers who come to celebrate at the N.C. Fourth of July Festival—a truly all-American weekend.”
Original Article from State Port Pilot